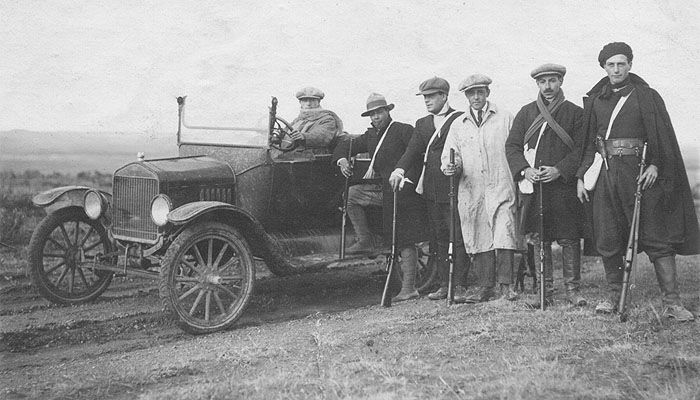 near San Julián, Prov. Santa Cruz
Civil defence brigade, 1921
The rural workers' strike of 1921 caused alarm throughout the province, being perceived as a direct challenge to powerful economic interests, if not to government itself. Ranchers and business-people were organized into brigades, such as this patrol armed with Mauser rifles. The strike was crushed a few months later by the army, with terrible loss of life. [Identified in this photograph: Dougnac, Guillaume, Guerrero]